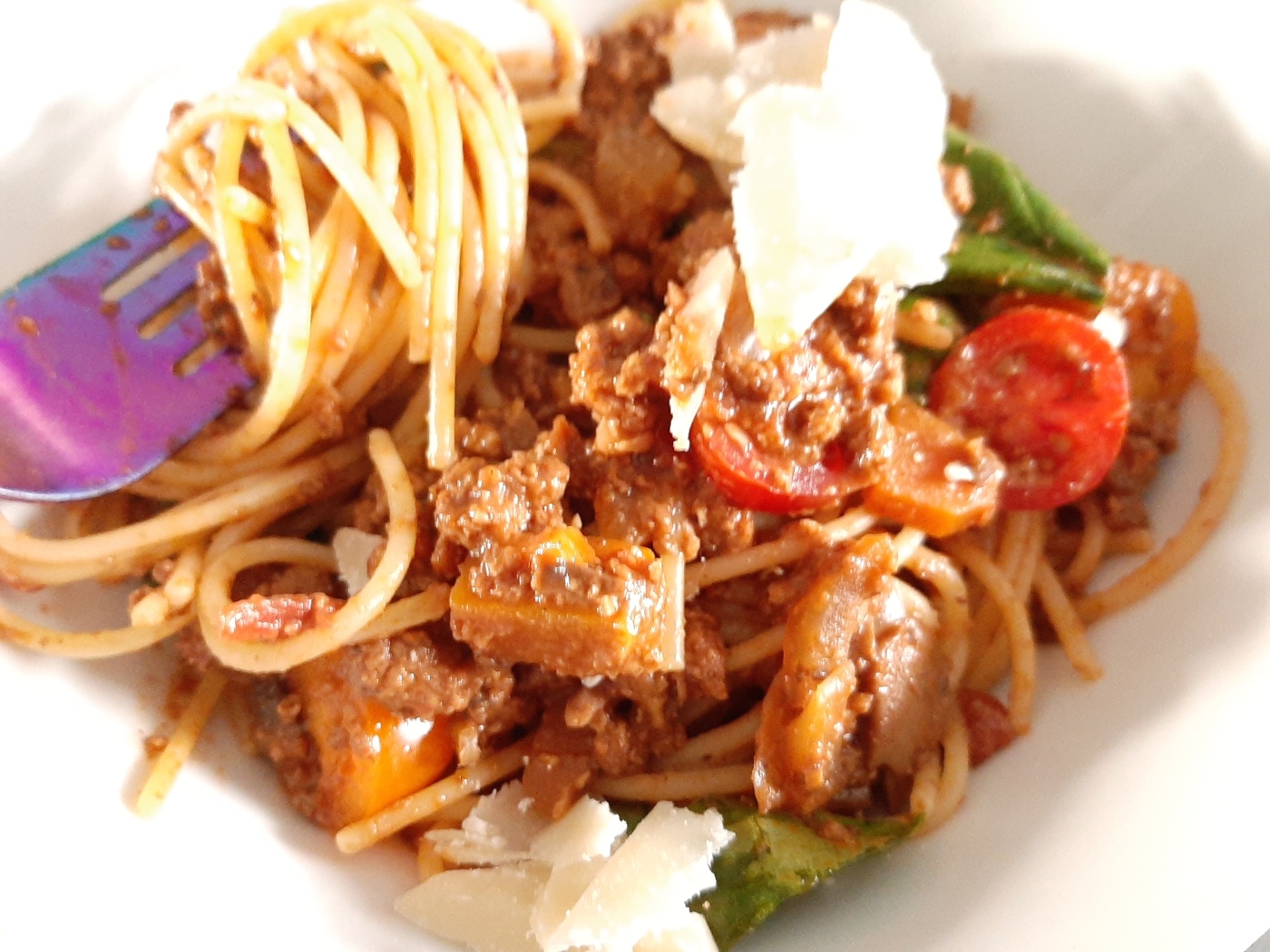 Spaghetti Bolognese is a firm favourite in most households or families all over the UK and even further afield. A go-to dinner where the recipe has been passed down from family or perfected from the constant cooking. I had used the same recipe when cooking a meat-based sauce for many years and at many family dinners.

I wanted the same deep, hearty and tomato-based richness with a vegan sauce too, I didn’t want it compromised in either texture or flavour.

This is not a quick recipe but one for when you have a lazy day in the kitchen. It is however well worth one to make or to give it a try.

This recipe is perfect for batch cooking. It freezes so well.

For this recipe, I did not want a lentil-based Bolognese sauce, although I am a big fan of them too and already have one on my site I wanted to replicate my usual recipe

To replace the meat I have used a combination of mushrooms, walnuts and vegan mince.

What vegan mince do you recommend?

Tamari is a gluten-free version of soy sauce.

5. Add the vegan mince and tomato paste to the pan with the softened vegetable and fry off for a few minutes.

6. Stir in the Marmite, soy sauce, sweet and smoked paprika, balsamic vinegar, tomatoes and the liquid from the dried soaked mushroom, making it up to 200ml, add the chopped soaked mushrooms, Bay leaves and passata.

7. Bring the mixture to a boil and then transfer to the preheated oven leaving it uncovered. Cook for 1 hour and then remove from the oven and stir. Place it back into the oven for another 25-30 minutes.

8. Remove from the oven and stir in the milk and yeast flakes. Taste and generously season with salt and pepper to taste. again.

This makes 5-6 servings, so for me I can freeze them in individual servings. Toss through your favourite pasta or even a jacket potato with a sprinkling of vegan parmesan cheese.

If you make this, don’t forget to tag me on Twitter as @veganalchemist1 or my Facebook page https://www.facebook.com/thegfveganalchemist. I love seeing your versions of the recipes. I would love to hear your comments too.

One thought on “Vegan Bolognese”

This site uses Akismet to reduce spam. Learn how your comment data is processed.